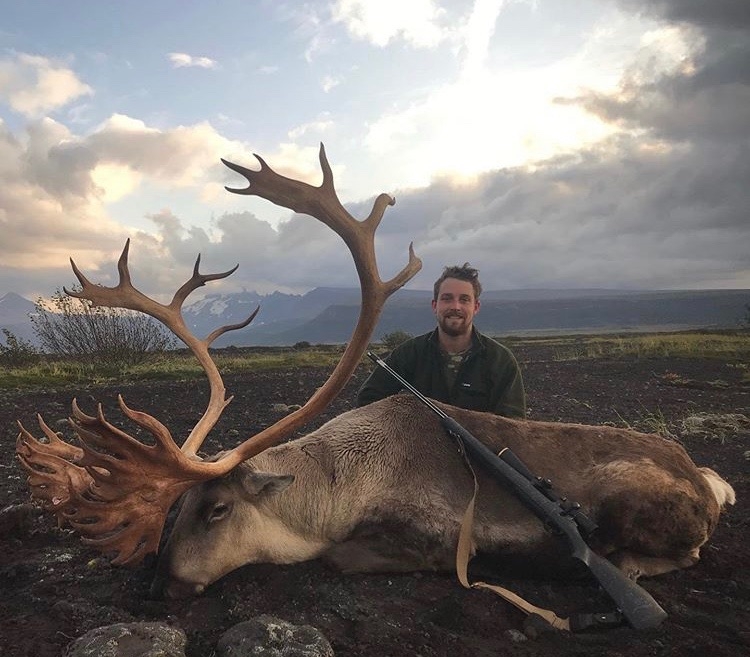 Josh Mayall and his 2019 Peninsula Bull

Though sometimes an overlooked and taken for granted species, a true Alaskan Barren Ground Caribou is a remarkable animal, a fun and adventurous hunt, and a great addition to any trophy room!

We hunt caribou in two different areas of the state: down on the Lower End of the Alaskan Peninsula and on the North Slope of the Brooks Range. Both areas offer great opportunities for a successful hunt and a large mature bull.

Our Alaskan Peninsula Caribou hunts are operated out of our Legendary Brown Bear camp, David River Camp approximately 20 miles SW of Nelson Lagoon. These 7 day hunts are offered on odd numbered fall years (2021, 2023, etc) before we begin hunting the Brown Bear. Hunt dates are Sept. 17 - 23 and Sept. 24 - 30. Once arriving at David River Camp on the Bering Sea, you will be flown out to a spike camp location with your guide onto one of our two Federal Guide Concessions or onto State Land where bands of caribou have been located. Although the Lower Alaskan Peninsula Herd is not a migrating herd and is smaller than some other herds in the state, they are well known for their great genetics and the potential for a Boone and Crocket animal. You can expect to harvest a bull in the 350 - 400” class with a few bulls year going over 400”. Wolves and wolverine are also available to hunt during this time. Ptarmigan and waterfowl hunting is also open during this time of year and are fun to chase once you are successful with your caribou, if time allows.

Our North Slope Caribou hunts are offered with us through an affiliate Outfitter and originates out of our Lodge in Bettles. From Bettles you will board a chartered float plane (NOT included in the price of the hunt) to the North Slope where you will be dropped off with your guide in a location based on their annual migration patterns and where bulls have been spotted. These 10 day hunts are conducted in late August and early September. This time of year the caribou are just beginning to migrate but it is not uncommon to see large herds. You should expect the opportunity to see and make stalks on several different bulls during your hunt. Grizzly bears are prevalent on the Slope and can be harvested on a trophy fee basis. There are opportunities to take wolves as well. Float trips are a very effective way to hunt these gorgeous animals as well as working out of a fixed camp. 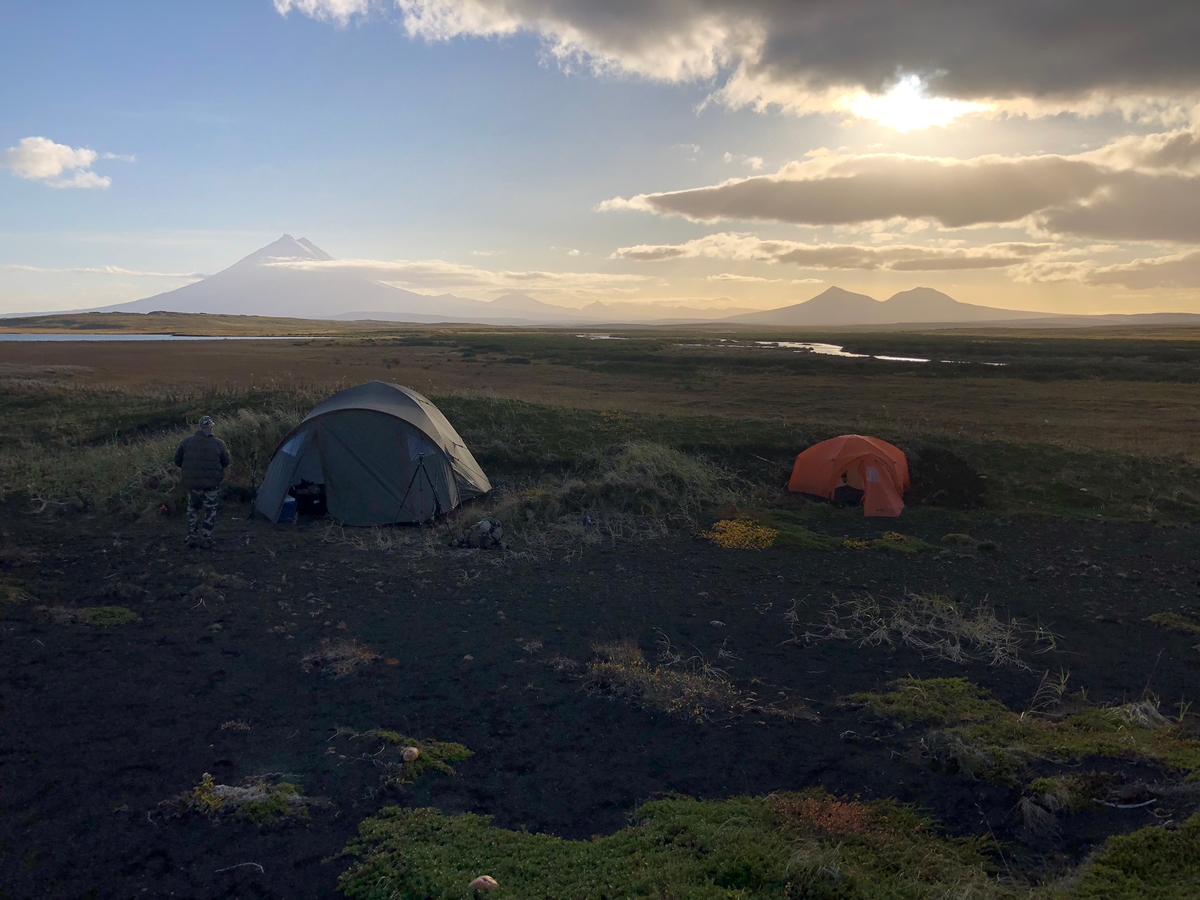 Spike camps are strategically placed via Super Cub at established locations based upon the current movements of the Caribou. This is a spot and stalk style hunt where you and your guide will be glassing from a high vantage point close to camp. Camps usually consist of 2 sturdy expedition grade shelters: 1 for cooking and lounging in and 1 for sleeping in. Along with a heat source, good hot food, and a personable guide, we provide cots, sleeping pads, and sleeping bags to make it one of the most comfortable True Alaskan hunts. Satellite phones are in each camp and each guide checks into base camp each day.

Spike camps are placed via Floatplane at established lake based upon the current movements of the Caribou. Either a float trip will ensue to a predetermined pickup location or you will hunt right from the lake you were dropped off at. Camps usually consist of 2 sturdy expedition grade shelters: 1 for cooking and lounging in and 1 for sleeping in. Along with a heat source, good hot food, and a personable guide, we provide cots, sleeping pads, and sleeping bags to make it one of the most comfortable True Alaskan hunts. Satellite phones are in each camp and each guide checks into base camp each day. 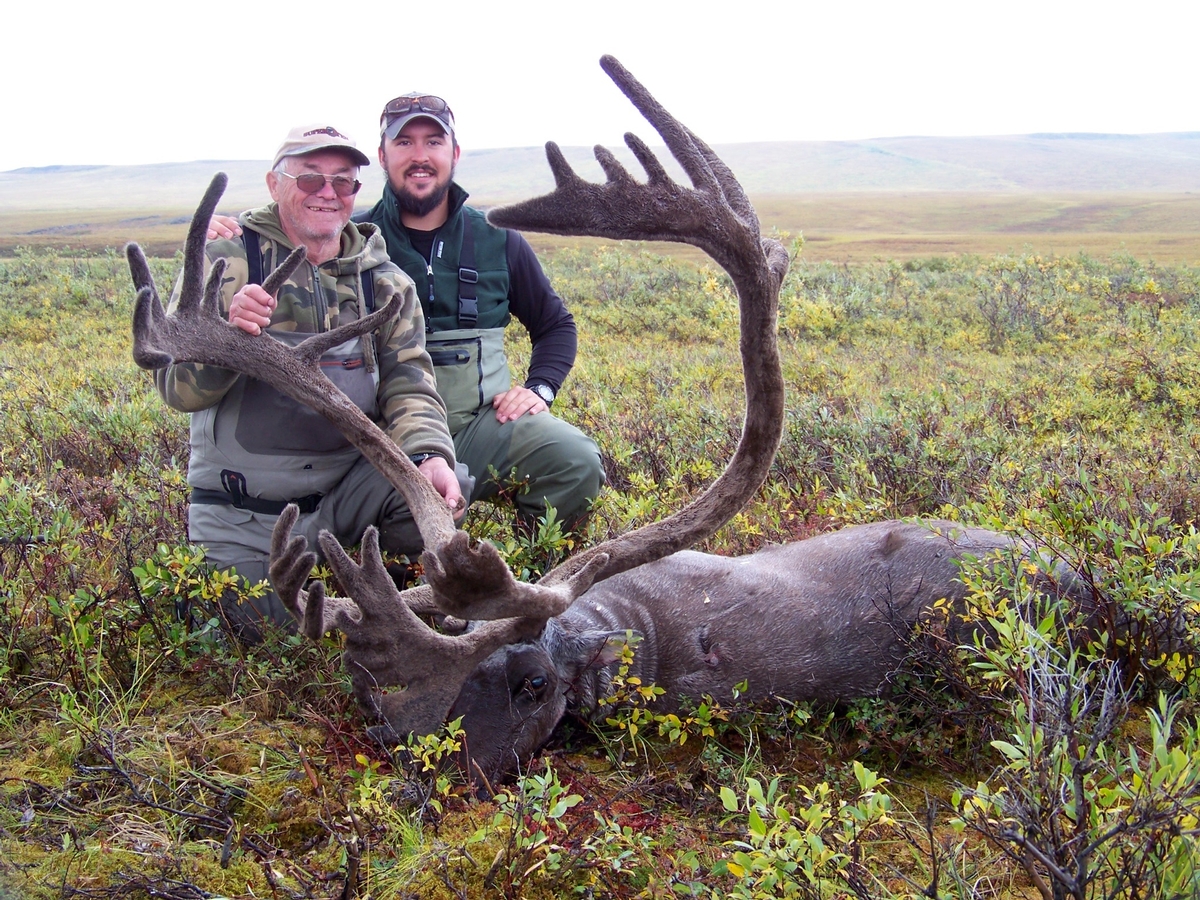 You must purchase a hunting license and a caribou tag. You must also obtain a caribou Harvest Ticket for this hunt. The Harvest Tickets are free and are mandatory in order to hunt. You can obtain these online with the Alaska Department of Fish and Game.